Second Meeting of the EIP European Focus Group on Agroforestry 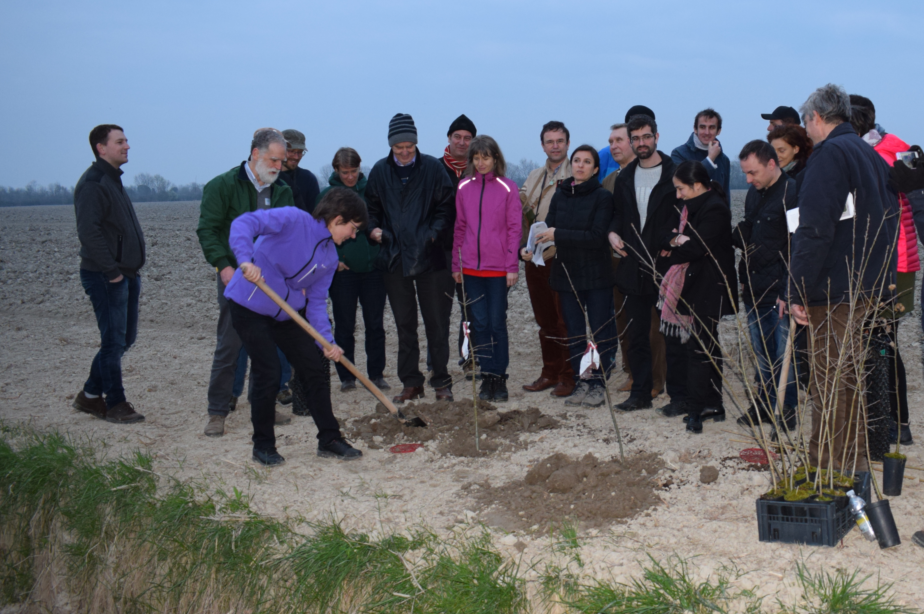 Karin Eksvärde (Leader of the EIP-Agri European Focus Group on Agroforestry) planted some of the last trees on a new agroforestry development at Vallevecchia Farm.

The second and final meeting of the EIP-Agri European Focus Group on Agroforestry took place in Portogruaro in the Veneto region of Italy on 21-22 March 2017. As for the first meeting, there were about 20 participants from across Europe. Participants from the AGFORWARD project included Paul Burgess, Rosa Mosquera-Losada, Andrea Vityi, Fabien Balaguer, Yousri Hannachi, and Mareike Jäger. The aim of the focus group is “to develop innovative agroforestry practices to facilitate the integration of woody crops in specialised crop and livestock systems” and “to develop them into sustainable farm systems that boost agricultural productivity and profitability”. 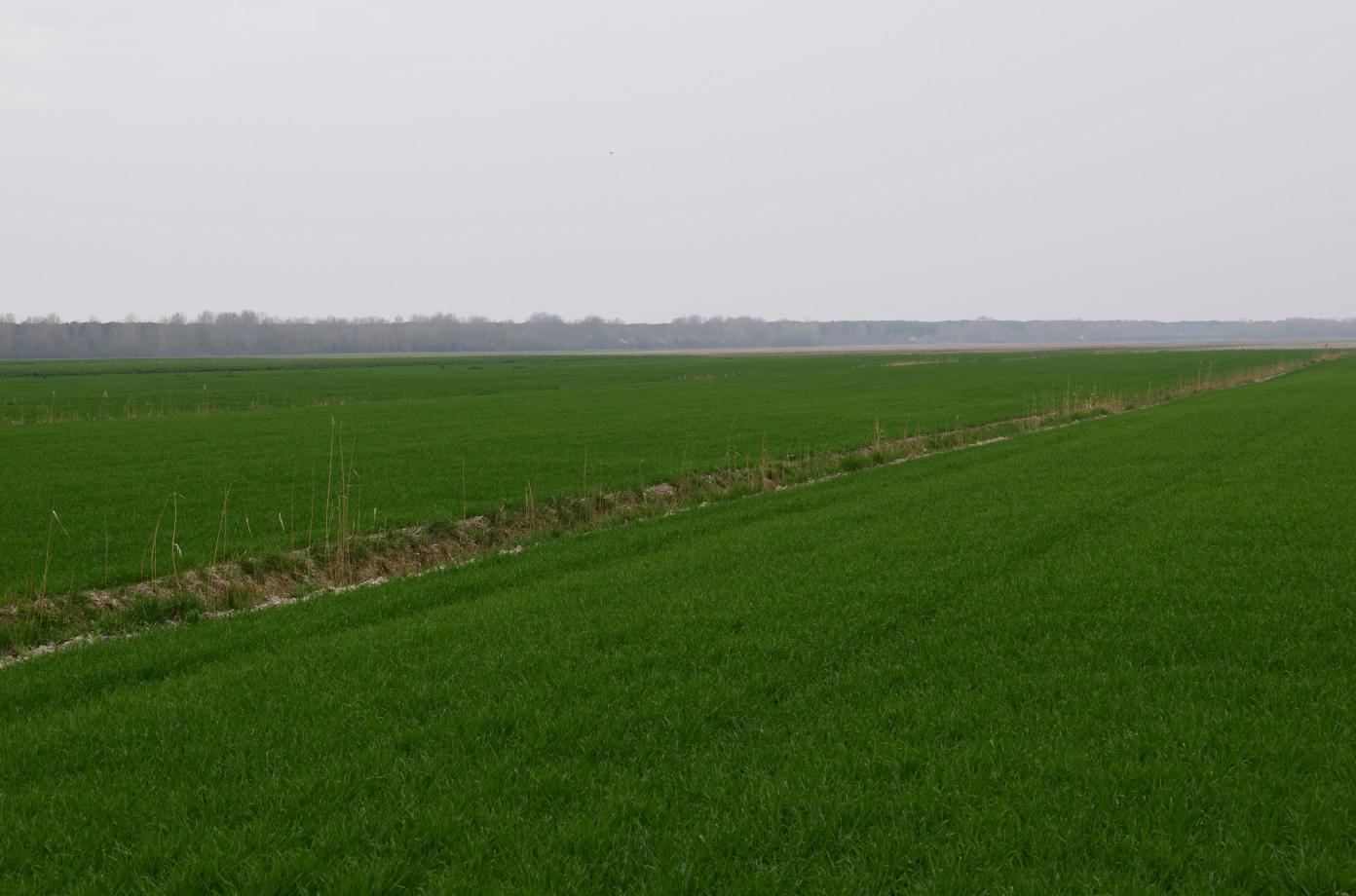 Some of the reclaimed arable land on the Vallevecchia farm in the Veneto region of Italy is flat, open, and exposed with few trees. 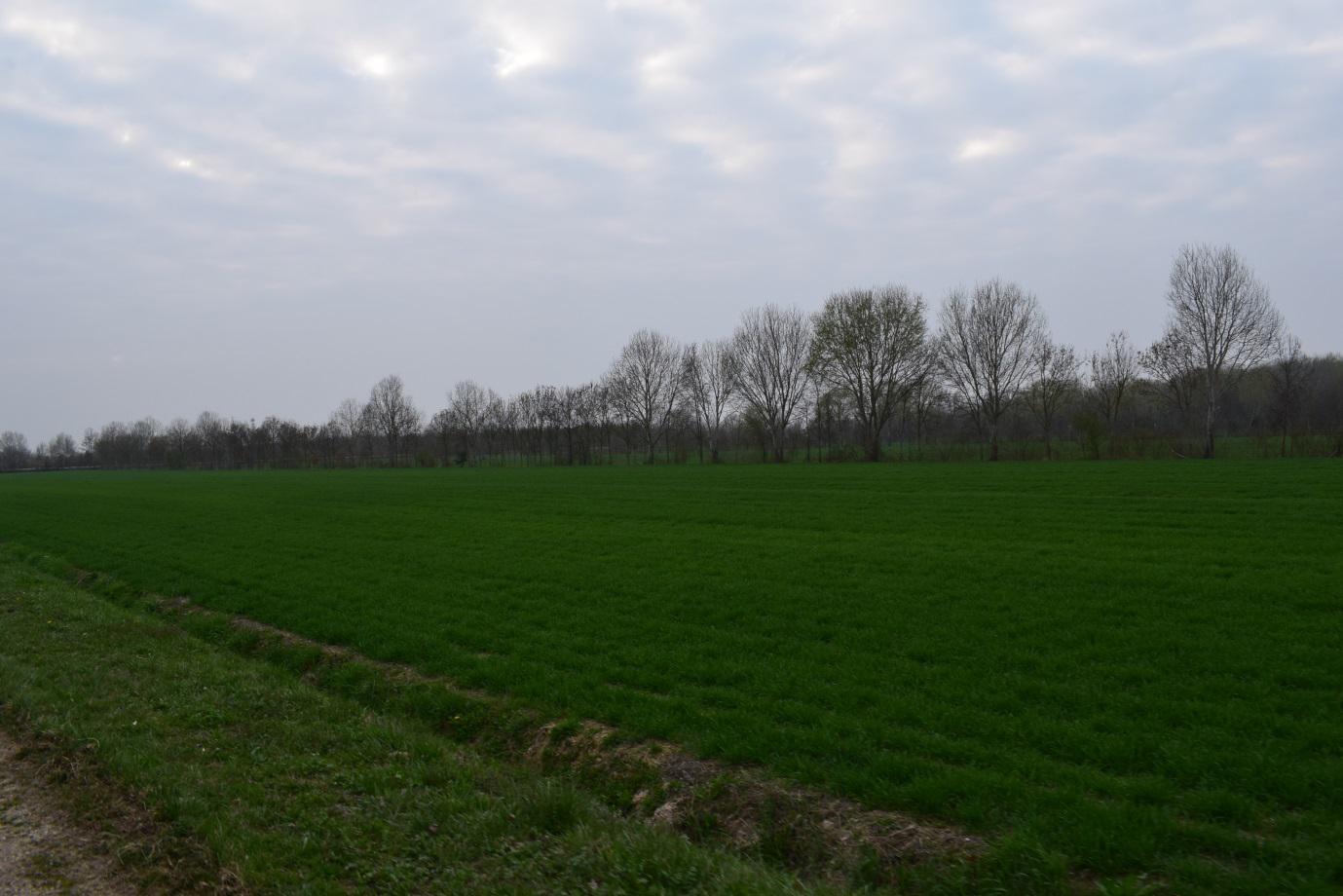 The agroforestry practice of planting tree rows on every third drainage ditch, equivalent to a spacing of 90 m, has been practised on some parts of the Vallevecchia farm.

After a morning meeting on 21 March, the participants visited Vallevecchia which is an 800 hectare farm formed from reclaimed wetland in the 1960s. The farm is managed by Veneto Agricoltura and the group was given an enthusiastic guided tour by Dr Giustino Mezzalira and Dr Lorenzo Furlan. About 400 hectares are cultivated for arable crops with the remainder allocated to pine forests, wetlands, and water storage. Many of the arable areas are flat and exposed with drainage ditches approximately every 30 m. During the last 20 years, the farm manager has initiated the silvoarable practice of establishing a line of trees next to every third drainage ditch, i.e. at a spacing of about 90 m, on the northern section of the farm. The trees provide shelter, woodchips to meet the on-farm demand for firewood, and enhance ecological connectivity and the natural landscape. An interesting observation of this agroforestry practice is that in some parts of Europe, such as the UK and Ireland, many people would simply describe the system as a conventional tree-lined hedgerow surrounding a field. Hence whilst some people’s concept of agroforestry is restricted to alley cropping, agroforestry in its broad sense means farming with trees. Agroforestry includes practices such as the management of windbreaks at Vallevecchia.

The productive shelterbelts have been sufficiently successful that tree lines are being planted on additional areas of the farm. The trees include oaks, hazel, and poplars planted next to the ditches which are spaced at 30 m intervals. The intention is that the trees will provide high quality timber and products such as hazelnuts, and potentially truffles. Some of the new trees being planted have been grown in recyclable air-pruning pots that encourage soil aeration and minimise root growth between the soil and the pot. Giustino and Lorenzo gave Karin Eksvärde (the Focus Group leader) and Rosa Mosquera-Losada (the President of the European Agroforestry Federation) the honour of planting some of last trees in this stage of the agroforestry development. 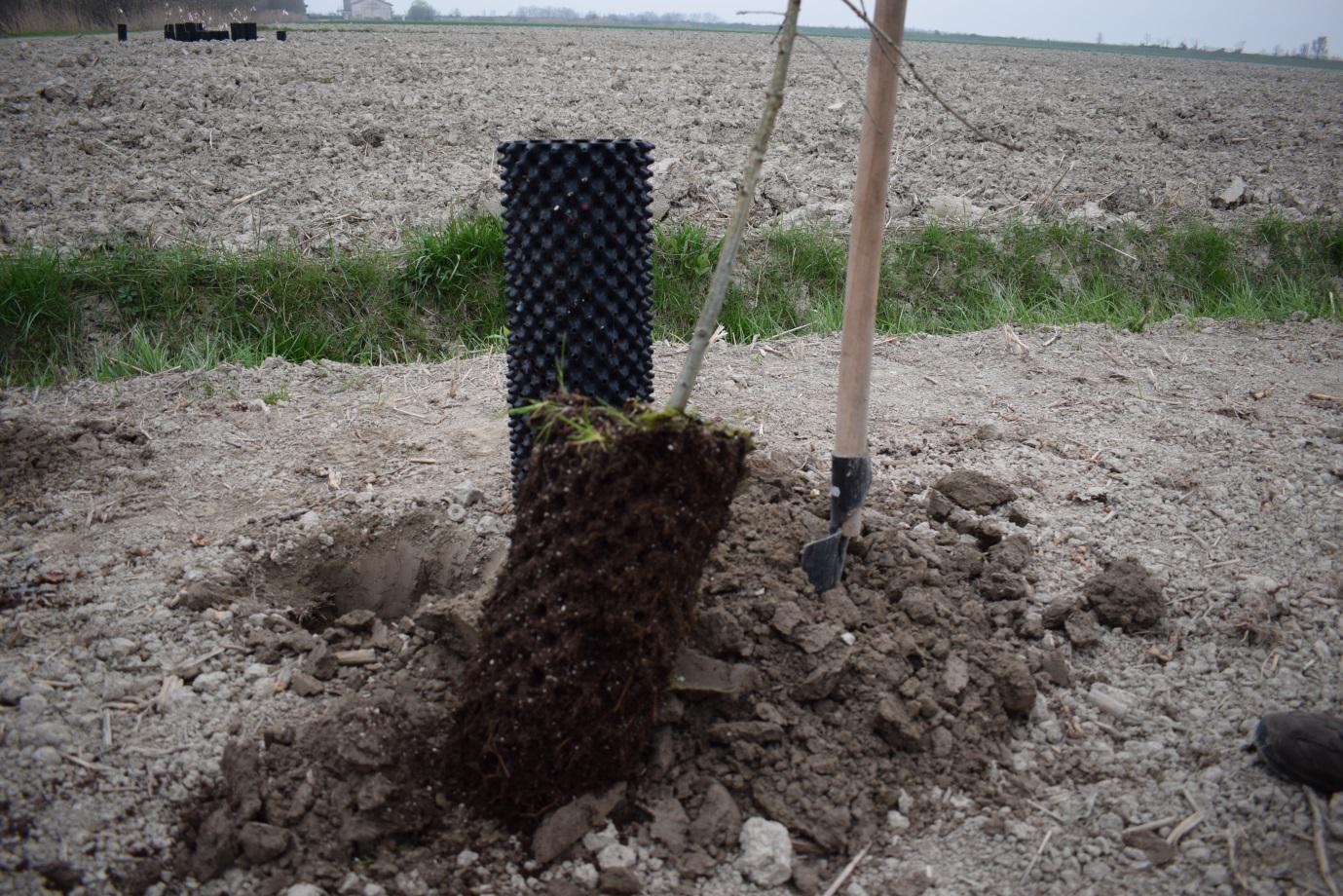 New lines of trees are being planted in the fields at Vallevecchia. This includes the field-trialling of trees established in the nursery using “air-pruning” pots.

The rest of the Focus Group meeting, led by Karin Eksvärde and the EIP-Agri team (Fabio Cossu, Céline Karasinski, and Beatriz Guimarey Fernández), took place in Portogruaro. During the meeting the group made progress on a number of “mini-papers” which seek to highlight the current and potential role of agroforestry. Topics include organising added value, agroforestry education, tools for design and management, databases, practical knowledge, financial assessments, agroforestry in the landscape, and the roles of agroforestry in providing ecosystem services and addressing climate change. The final results from the Focus Group should be available in late 2017.

Further details of the Focus Group on Agroforestry can be found at: https://ec.europa.eu/eip/agriculture/en/content/agroforestry-introducing-woody-vegetation-specialised-crop-and-livestock-systems