New paper on extent of agroforestry in EU 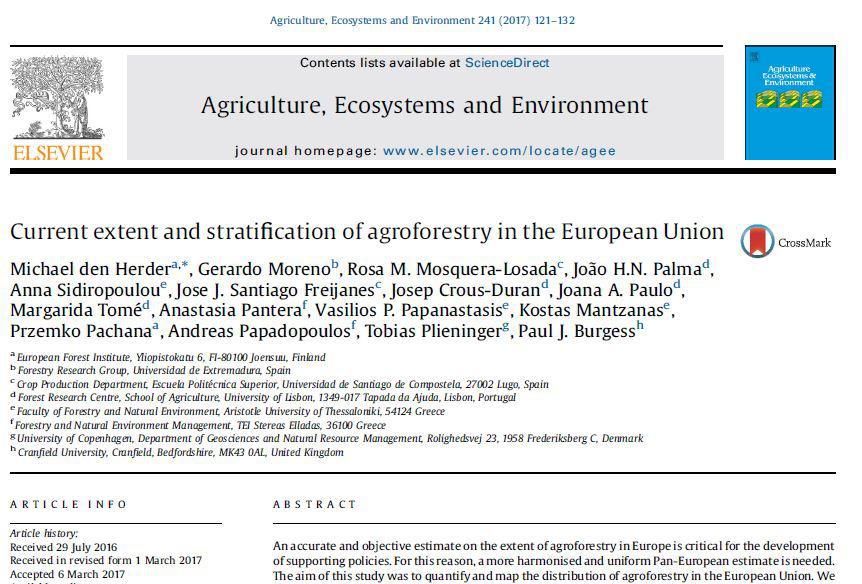 Using the LUCAS database, the total area of agroforestry in the EU27 is estimated to be 15.4 million ha, equivalent to 3.6% of the territorial area and 8.8% of the utilised agricultural area. Livestock agroforestry is the dominant form of agroforestry accounting for about 15.1 million ha.

Since the data were collected and analysed in a uniform manner, it is now systematically possible to compare the areas between countries and to investigate changes over time. Because agroforestry is a significant land use that can contribute to EU objectives such as climate change mitigation and biodiversity enhancement, it is crucial that it gets a more prominent and clearer place in European statistical reporting and policy development.

The paper is available on-line until 9 May 2017 from the following website: www.sciencedirect.com